More in-depth descriptions of these books can be found on the ACFW Fiction Finder website.

Words in the Wind (Gateway to Gannah #2) by Yvonne Anderson — Marooned in a desolate canyon half a planet from home, a lone survivor struggles to separate reality from illusion. (Speculative Fiction/Fantasy from Risen Books).

Her Good Name by Ruth Axtell — When a girl from the other side of the tracks does everything to get the attention of the town’s leading citizen, she finds out too late it means little if she doesn’t have his heart. (Historical Romance from River North (Moody).

Something Blue by Dianne Christner — Life is going well for Megan Weaver. She has the job of her dreams working with Chance Campbell, a charming and daring missionary pilot. Then Micah Zimmerman moves into her parents’ home as a pastoral candidate for the Big Darby Conservative Mennonite church. It wouldn’t be so bad, except Megan remembers her unkindness to Micah as a gawky young man who once had a crush on her in college. But even though Micah has improved, he’s nothing compared to Chance. Micah finds that his heart for Megan hasn’t changed, but he’s having to battle to keep the single… (Romance from Barbour).

Living in Harmony by Mary Ellis — Amy King must reconcile her past relationship with a shunned aunt before she can become any man’s wife and take her place in a new and alien community. (Contemporary Romance from Harvest House).

Hearts in the Mist by Elizabeth Goddard — While Artisan Sela Fox runs her gift shop, she creates rare and beautiful guitars from redwood burl just as her husband had until his death. When land developer Evan Black shows up on her doorstep, using his humor and good looks to try and persuade her to sell the small slice of heaven she owns, she refuses to give up the only reminder she has left of her husband. But Evan is even more stubborn than the lovely Sela, and he has plans of his own. When he shares his talent for classical guitar using one of Sela’s creations, he’d not intended to woo her, but she responds to his serenade. (Contemporary Romance from Heartsong Presents (Barbour).

Walks Alone by Sandi G. Rog — A Cheyenne warrior bent on vengeance. A pioneer woman bent on fulfilling a dream. Until their paths collide. (Romance from White-Fire Publishing).

Lethal Legacy by Irene Hannon — When Kelly Warren discovers a new piece of evidence that she believes proves her father’s “suicide” was really murder, she takes it to Detective Cole Taylor. He doesn’t put much credence in her claim, and nothing in his review of the case suggests foul play. Yet when he digs deeper, he discovers a startling secret that links her to a long-ago crime-and a deadly killer. Is history repeating itself? And if not, then who wants her silenced? (Romantic Suspense from Revell).

Lakeside Family by Lisa Jordan — The one man she never wanted to see again is the only one who can save her daughter’s life. (Romance from Love Inspired).

Central Park Rendevous by Dineen Miller, Ronie Kendig, MaryLu Tyndall and Kim Sawyer — Experience the beauty of Central Park where four heroes dare to risk their hearts once more for a timeless love. (A romance novella from Barbour).

Angel of the Cove by Sandra Robbins — In 1894 a young woman spends the summer apprenticing to a mountain midwife in Cades Cove, a remote valley deep in the Smoky Mountains. (Historical Romance from Harvest House).

This site uses Akismet to reduce spam. Learn how your comment data is processed. 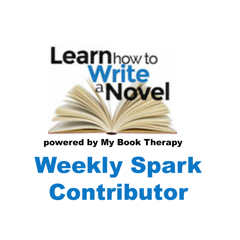